Andrew Jackson / In the Night of the Day

In the Night of the Day

“For here is the truth; each day contains much more than its own hours, or minutes, or seconds. In fact, it would be no exaggeration to say that every day contains all of history.” 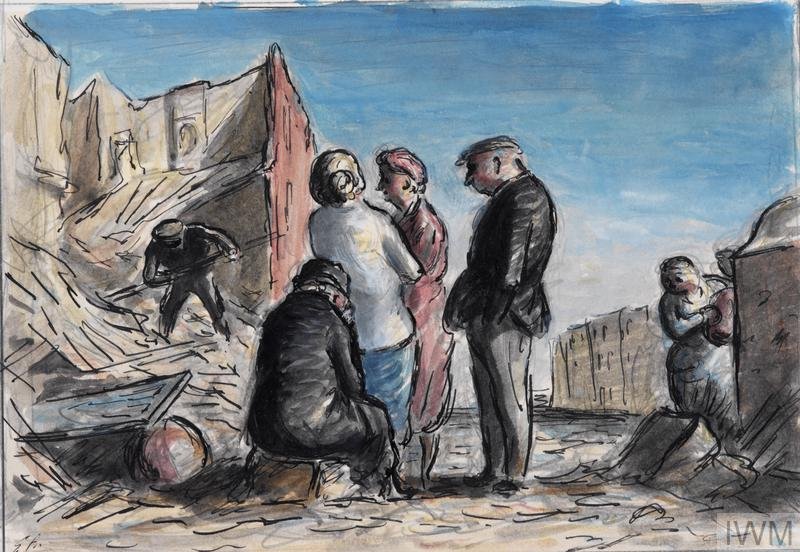 Drivers in cars, enslaved as they are today to satnavs that choose routes for them to drive along, sometimes break free from the sound of their master’s voice to notice that two houses on the road they're driving are slightly different somehow from the others. Maybe some notice a slight change in the colouring of the brickwork or that for some reason they just look different, strangely out of place?


Some though just have a strange feeling, which they can’t quite put their finger on, that something isn’t quite right about those two houses on the meandering road they’re travelling on. Yet their eyes fix and follow them, heads turning slowly while they drive by, only stopping when the voice of the satnav calls them to action once more, and they turn back to focus on the road ahead.


But sometimes, just sometimes, someone is intrigued enough to glance up at their rearview mirror and take another look back at those two houses again, sitting there on St. Mark's Road. Those two old red brick houses, numbered two-hundred and eighty-one and two-hundred and eighty-three respectively, growing smaller in the distance. They continue to wonder to themselves: why are those damned houses so damned different from the others?


On August 31st,1939, the 43-year-old Catholic farmer Franciszek Honiok would become the first casualty of the Second World War. Kidnapped from his village in Polomia, by an elite six-man team led by SS-Sturmbannfuhrer Alfred Naujocks, he would be drugged and then shot at the German Gliwice radio station his body left there dressed in the uniform of a Polish soldier. This false-flag operation called Grossmutter Gestorben was designed as a pretence for German aggression the next day.


At around 04:47 on September 1st 1939, the German battleship Schleswig-Holstein opened fire, with her main battery, on Polish positions on the Westerplatte - heralding what the world would later come to call the Second World War. It would end at 09:04 on September 2nd, 1945, with the stroke of a pen, when US Army Gen. Douglas MacArthur accepted Japan's unconditional surrender aboard the USS Missouri in Tokyo Bay.


As the Japanese envoys, Foreign Minister Mamoru Shigemitsu and Gen. Yoshijiro Umezu signed their names on the Instrument of Surrender, Smethwick was still in darkness, still at sleep.


The Second World War would rage on for two thousand, one hundred and ninety-four days, yet In the Night of the Day explores just one of those days. Told through archival documents, first-person accounts and reimagining, it focuses on the ways the world came to touch the lives of so many in Smethwick and the ways that very touch still lingers and lives on. 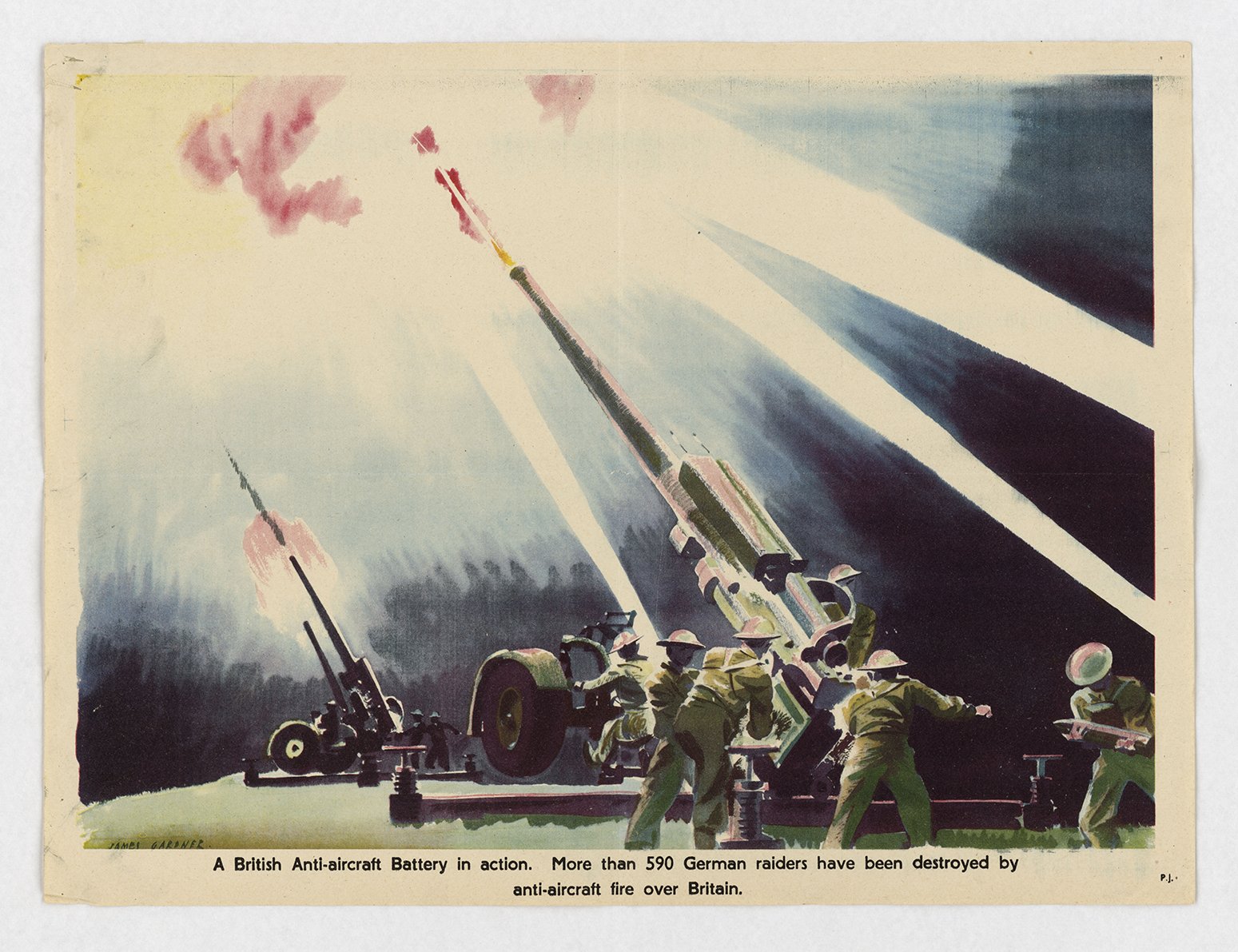 "A British Anti-Aircraft Battery in Action" by James Gardener 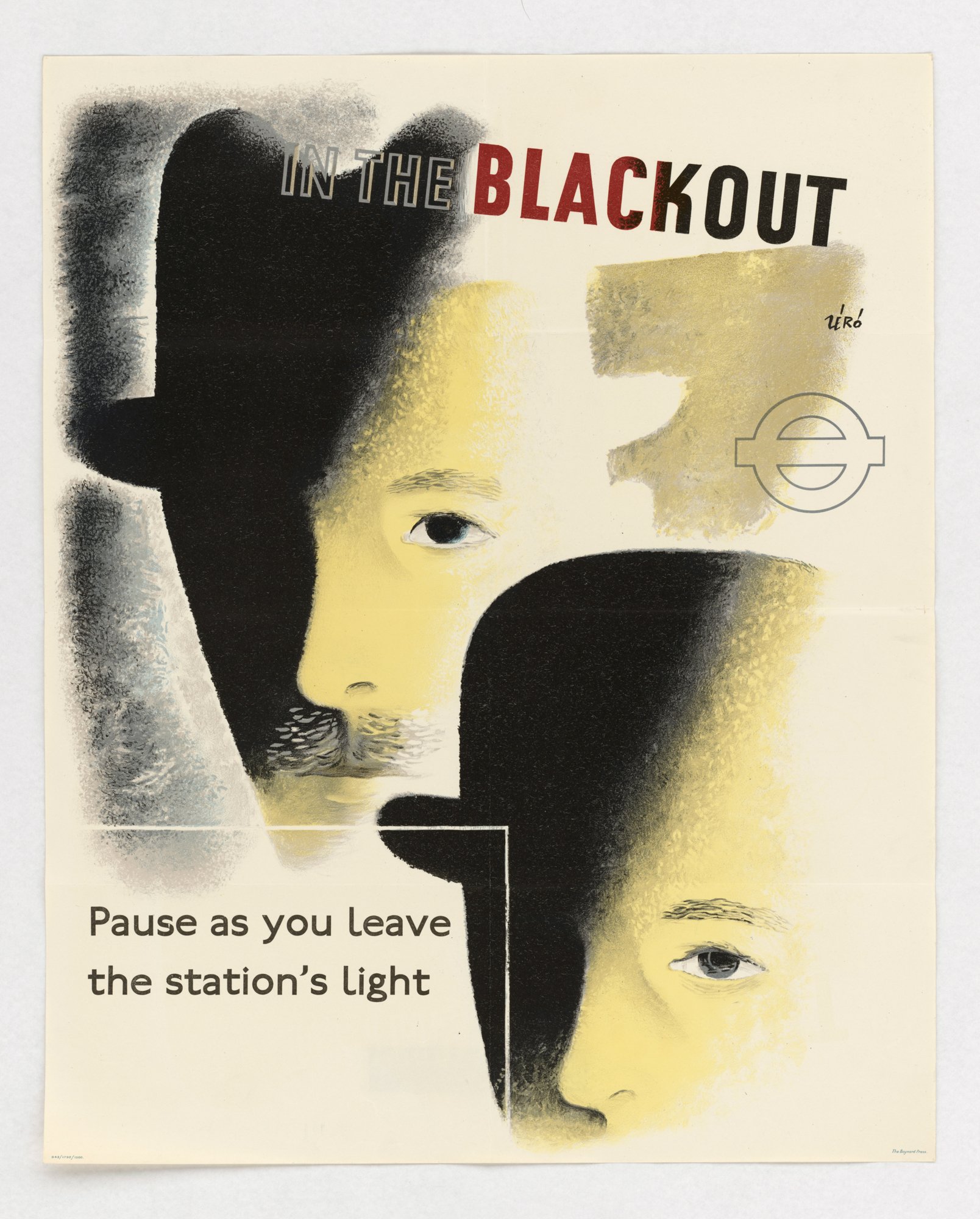